The United States, the EU, the United Kingdom and Canada have decided to remove a number of Russian banks from SWIFT (Society for World Interbank Financial Telecommunication) as part of coercive measures against Russia as result of the special military operation taking place in Ukraine.

The SWIFT system is a centralized, intermediary structure for interbank transactions worldwide. As a convenient arm of the global financial hegemony, its infrastructures are located in Belgium.

The disconnection of Russian banks from SWIFT is called the "financial atomic bomb" announced against Russia, in a framework of "infernal sanctions". However, the announcement has some distinctive cases. "Some Russian banks" will be affected and, in theory, oil and gas trading operations, the mainstays of the Russian economy, which account for 53% of its exports, will not be compromised.

The information of the affected institutions has not been disclosed and the real scope of the announcement depends on it. Indeed, it already has a political value and scope, in its execution it may be as or less destructive for the Russian economy, but also for many countries, especially in Europe.

The list of banks to be affected, will reveal the huge extent of the "shock wave". But even more important will be the implementation of the measures in the financial field, the "secondary sanctions" and the development of real operations.

Therefore, only two scenarios can be envisaged from now on.

SCENARIO OF AN EXTENSIVE AND DEEP FINANCIAL BLOCKADE

Although VTB, Gazprombank and Sberbank, Russia's main banks, are already on the list of sanctioned entities and will certainly be disconnected from SWIFT, the doubt about the almost totality of disconnected Russian financial entities will determine the level of real economic impact.

A very small group of financial institutions would have enormous difficulties in maneuvering the totality of operations to and from Russia on a global scale, which would be the Achilles heel for a Europe that intends not to be so badly affected.

Cynthia Roberts of Hunter College tells the BBC that there is a problem of self-interest and "interdependence". Russia is a key partner for the EU.

"Russia is a major power and a global economy and some 'sanctions' will cause high levels of mutual damage, such as (problems) in the supply of energy, minerals, wheat, etc.," she explains.

Giving back to Russia 40 years in the methods of financial transactions will affect the chain of inter-bank and inter-company relations, and will even generate damage in non-sanctioned Russian items.

Russia, responsible for 18% of the world's wheat, is together with Ukraine the breadbasket of Europe. Ukraine is the world's leading exporter of sunflower and sunflower oil. It is also the world's second largest producer of barley. Hence, Ukraine's war situation will undoubtedly affect production chains, and Russia, as a result of these "sanctions", will see its capacities affected.

Russia is also dragging down the fertilizer sector, which is key to the European food chain and has an impact on world food prices. According to Forbes, the military actions against Ukraine caused the price of fertilizers to shoot up by 180% in a single day, and this escalation could only increase due to the slowdown in financial relations to and from Russia in the medium term.

The oil and gas sector is not risk-free. Speaking of gas alone, the 27 EU members are, on average, 41% dependent on gas. 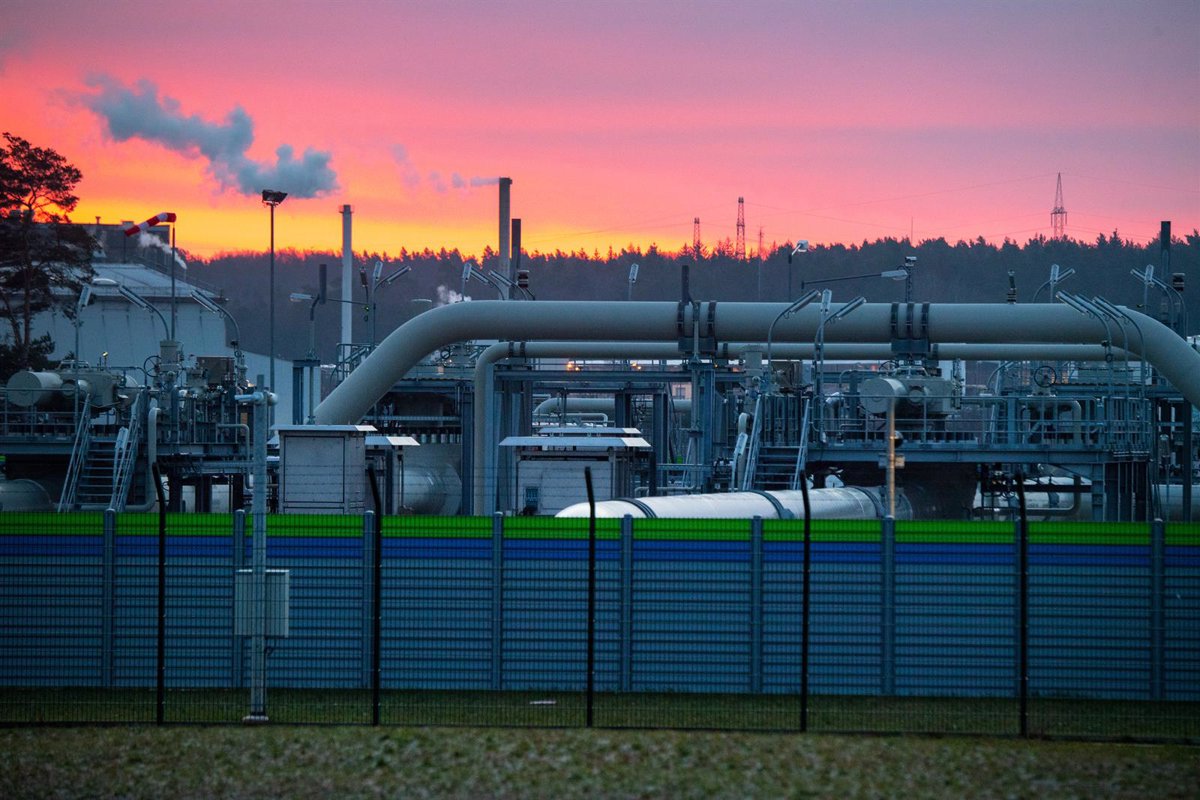 Delays in financial operations, as well as the war tension, will generate a rise in prices. This price goes directly to the costs of industries and electricity, a particularly sensitive issue in Spain, a country which, although not so dependent on Russian gas, would be affected by the increase.

The shock wave of the "financial atomic bomb" against Russia will reach European households. The increase in gas prices drives the cost per megawatt-hour. In January 2021 it reached 19 euros and after the accumulated of this year and because of the armed conflict, it has reached 91 euros abysmally.

The overall picture is undoubtedly inflationary in these matters. The accumulated increase due to the raw materials crisis, which marked the last quarter of 2021, may be amplified and prolonged due to the armed conflict, but especially due to the abrupt exit of Russia from many markets because of the "sanctions" and the slowdown of financial operations.

The sensitivity of the globalized economy imposes key risks due to the "sanctions" on Russia. If they are applied in an extensive and deep blockade, they will generate a shock wave of serious proportions to the already sensitive state of world industry, which has not recovered after the pandemic, the raw materials crisis and the "container crisis" imposed by the recent inflation.

The Russian metals industry (11% of Russian exports) is on the risk line for reasons of financial suffocation. If there are obstacles or slowness of financial operations, the chain can be interrupted with serious consequences. The critical knot lies in the neon used for microchip lithography. Ninety percent comes from Russia and 60 percent is purified in Ukraine.

According to Sarah Schiffling, a supply chain expert and professor at Liverpool John Moores University (UK), microchip suppliers barely have enough inventory for two to four weeks. If there are delays in the supply chain due to war and the boycott of Russia's financial operations, there will be consequences.

The crisis in the microchip-dependent industry will continue to worsen, as it is already suffering the consequences of the raw materials crisis of recent months. The automotive and technology industries, from China through Southeast Asia to the United States, will be clearly affected. That will be the extent of the shock wave.

Russia's "partial" disconnection from SWIFT would be reasonable for Europe's and the world's economy if used "surgically", and there is reason to doubt it.

However, in that scenario, the announced "infernal sanctions" and their "atomic bomb" would end up being a big, but much vaunted, blast. Mainly an all-purpose propagandistic input for the West. If the US and the EU are looking out for their own interests, they will make a lot of boast about it even with relative real impact.

The Russian-Ukrainian conflict has already sent crude oil and gas prices soaring. The latter shot up by 60% on a cyclical basis. If Russia maintains its gas account with Europe, it will benefit from the high prices and thus be able to offset the measures against it.

Russia has already announced support in rubles and foreign currencies for its sanctioned banks. Assuming that the SWIFT disconnection is focused on only a few banks, the undoubted crisis in Russia could be maneuvered, because of the financial conditions created in the country since 2014. Russia has been preparing for "sanctions" since that year.

According to the BBC, by January of this year, the Russian government's international reserves in foreign currency and gold were at record levels, with a value of more than 630 billion dollars. That is the fourth highest amount of such reserves in the world and could be used to help prop up the Russian currency, the ruble, for some considerable time.

Only about 16% of Russia's foreign exchange is currently held in dollars, down from 40% five years ago. About 13% is now held in Chinese renminbi.

Although Biden noted that the choking strategy would be to prevent the use of Russian national reserves from being drained into Western financial markets, such a thing is difficult because of the configurations that the new parallel financial system has taken, which, although nascent, has been key to both Russia and China over the past five years.

In recent years Russia created the SPFS (System for the Transfer of Financial Messages), its own SWIFT, precisely because of the "sanctions" against it in 2014. 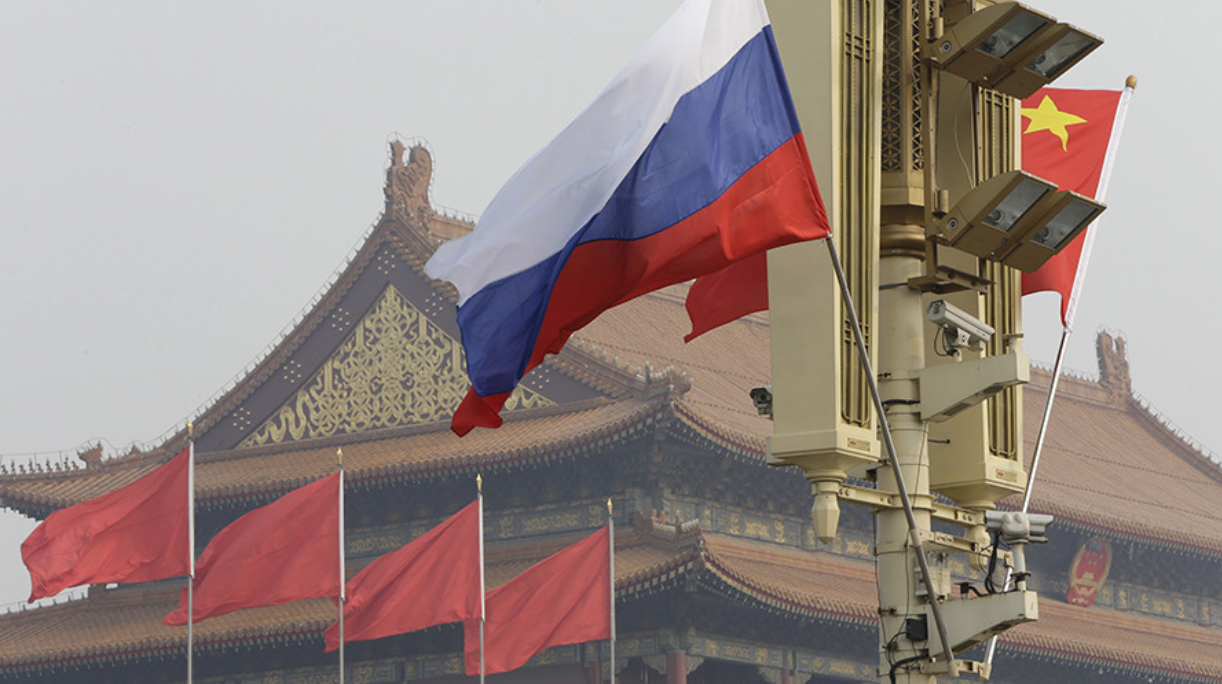 The SPSF has few affiliated institutions, about 400, compared to more than 11,000 affiliated to SWIFT, but it may be a key factor at circumventing the West's suffocation.

In 2019 several Russian banks joined the China International Payment System (CIPS), analogous to the international SWIFT system, but in a much more developed category, also created by China to circumvent economic measures against it.

The factor of cryptocurrencies as Russia's escape route from "sanctions" is called into question. Both Russia and China have preferred to avoid their link with cryptos, among many reasons, also to strengthen their financial intermediary avenues.

WHO WINS AND WHO LOSES?

Paradoxically, the measures that have been imposed on Russia, for reasons of context and economic interdependence relations, could force many Russian customers and partners to link through these platforms such as CIPS and SPSF, giving them a boost they did not have.

Hence, the crossroads of the West when it comes to "bombing" the Russian economy, has the dilemma that by seeking to isolate it and sever its ties, the West would suffer and the financial architecture of the Eurasian axis could be strengthened.

The real and political scope of these measures does not lie strictly in their initial impact, as the Russian and Western spectrums of the economy will suffer the effects differently. The real issue is: how those involved will be able to manage the medium and long term shocks, who could be more adversely affected and who will benefit from strategic advances.